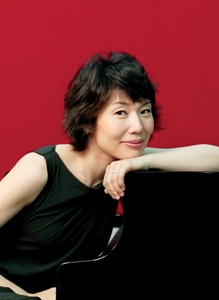 Hae-Sun, Paik began her musical studies in her native Korea. At 14, she came to the U.S. to study music at Walnut Hill School for Performing Arts in Boston and subsequently graduated from New England Conservatory; where she was a student of Russell Sherman and Wha Kyung Byun. She was also invited by the International Piano Foundation in Lake Como (Italy) where she worked with many renowned international artists. Ms.

Paik divides her time between the U.S. and Korea where she is the special funded professor at Daegu Catholic University and the artistic director of Busan Music Festival.

Dr. Kim will discuss pictorial themes in Korean art which illustrate the extent to which Confucian ideals and ethical codes permeated every aspect of Korean Joseon dynasty society.

Our Sponsors and Contributors